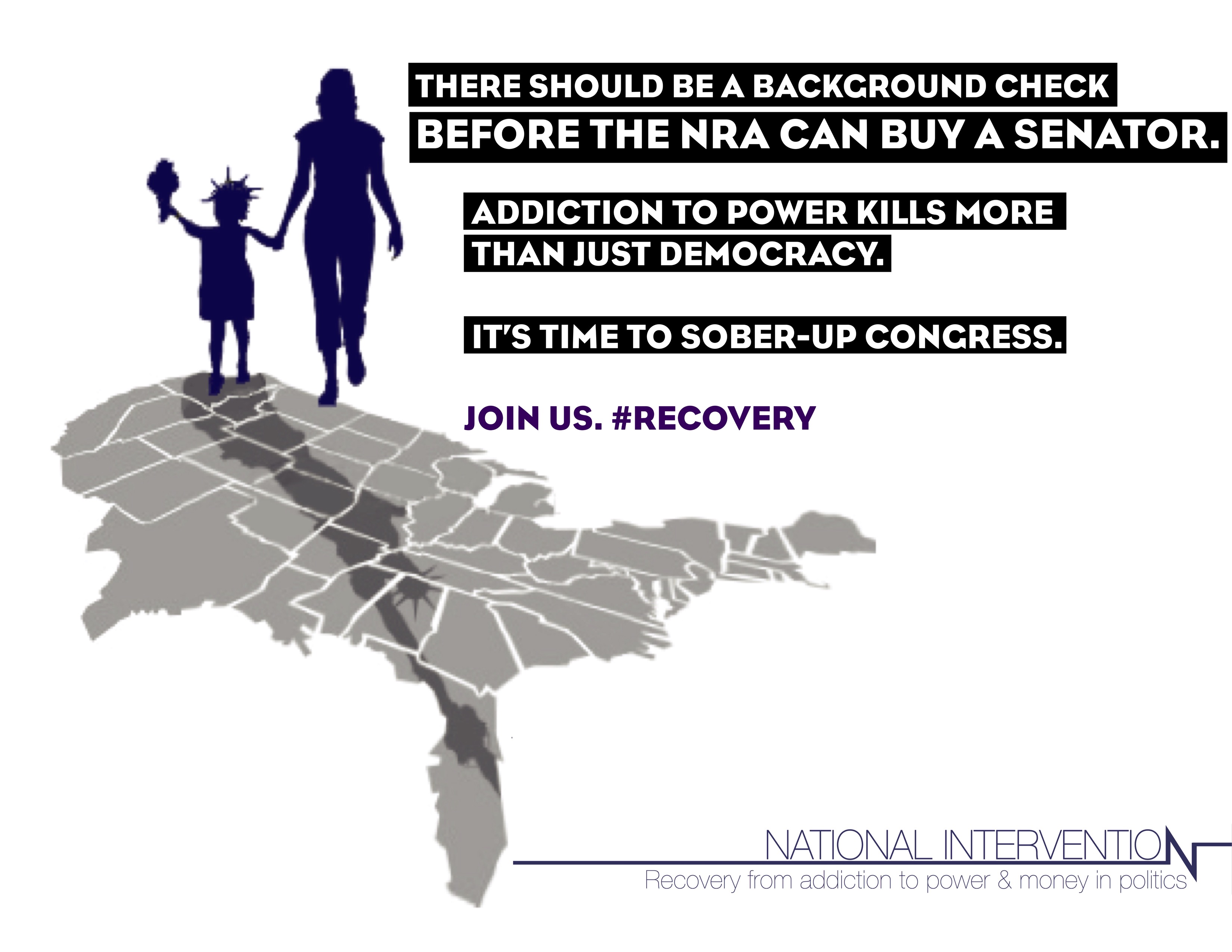 In the addiction to corporate power and money in politics that we call "greed," NRA money is an abused substance.

Your representative may be hooked. Your senator may be a distributor for NRA cartel cash. Perhaps they're just enablers, trying to protect themselves like the rest of us. That's what it's like in a household run by an addict who uses Gross Domestic Violence to get access to the next fix at any cost. Even if that cost is our children, huddled in classrooms turned into crypts.

Whatever the case, NRA pushers legally register as lobbyists and move their highly addictive product through the veins of your democracy. Go against the cartel and pay the price.

As if massacre after massacre wasn't sobering enough, it's clearly time to sober-up a congress under the control of an addiction so powerful that it will feed on our kids without a single law ever passed to stop it.

Simply put:
Addiction controls people. Whether suffering as addicts or enablers, people who will feed the disease of addiction --until they are a threat to themselves and to others-- need recovery. In this case, the healthy choice is to check them out of power and into rehab. And we've already made history across the US doing just that.

And with about 90% of voters agreeing on the simplest limits to the NRA's gun lobbyist pushers, we think now's the exact time for you to join us in breaking-up with those who know better, but just cannot seem to stop themselves. Why? Because whenever, wherever National Intervention's volunteers have drawn strong boundaries, it's worked very, very, very well.

Not unlike other recovery programs, our program works if you work it. That's partly because a lot of people who can vote, just don't. And we get it. It's been a toxic, abusive, co-dependent relationship with addicts who use and abuse our wealth and power against us. Why wouldn't people want to leave that relationship?

Nonetheless, things would be quite different if we all voted. It's just that most people who've quit voting just don't trust anyone who would run for office. Even the most stellar candidates, who knock every door and shake every hand (or bump every elbow), can only get about 5% of nonvoters to come back to the polls. But, when our volunteers show nonvoters that there is a "sober" candidate on their ballot, over 65% of them will vote in that election.

But interventions only have a chance at building recovery when we do them together. Ours is a house ruled by this addiction. If you're looking for a way to fundamentally solve this, and so many other broken parts of our society, please join us, recovering enablers and once-codependent constituents, and learn what it means to draw strong boundaries with a disease that otherwise continues to live on the lives it takes.