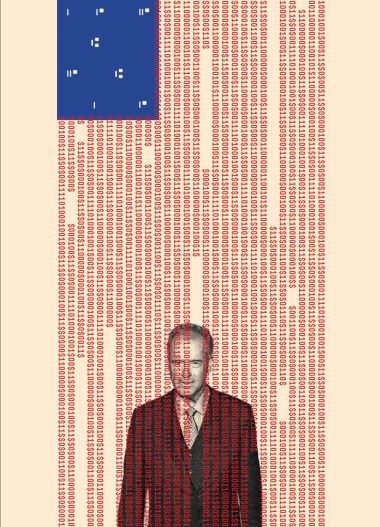 If power and money in politics are addictive substances, then today was a big day for feeding the addiction.  It may or may not come as a surprise that a $10 million investment in Breitbart News from a silent billionaire moved Steve Bannon from investment banking into his lead role in his extreme brand of politics.

Five years later, what was Steve Bannon's first stop on his way out of the Trump White House?  Now free, once again, to be openly in service to the interests of his long-time billionaire backer, Bannon met this this week with none other than Robert Mercer, the billionaire hedge fund tycoon behind the cash-infusion for Bretibart's once collapsing veins.  Mercer, though, may also be the-most-powerful-"megadonor"-behind-Trump-you've-never-heard-of.  In the 2016 elections alone, he infused $22.5 million in political contributions around the country.  He quickly and easily became the top donor to Trump's campaign before abandoning the Ted Cruz SuperPAC he had originally funded.

Mercer knows how to move his product.  After taking such a controlling interest in making Breitbart News the zygote for a would-be "Trump News Network", it was reported that the Mercers had injected millions into SuperPAC funds controlled by the Koch brothers. Moreover, though, Bob Mercer, whose income equals about $68,000 per hour, is also known for his massive financial support of the group Citizens United.  That is the "Citizen United" whose Supreme Court strategy led to the 5-4 ruling that money is unlimited, protected free speech for corporations because, as Mitt Romney put it, "corporations are people, my friend."  If Trump's campaign brought together the cartels, then Robert Mercer is the kingpin and Steve Bannon may very well be his top lieutenant in securing turf primacy for control of the American political addiction system.