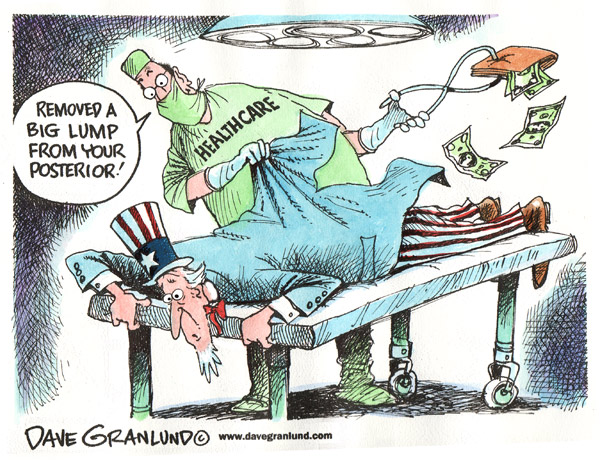 Question:
What did you get from the nearly $7 trillion demanded by no-bid war profiteers and other "Defense" Department handouts for the so-called War on Terror?

Now that more than 500,000 people have been killed in wars related to the post-9/11 corporate welfare bonanza, a new study shows that Americans could have saved over 500,000 other lives at home by investing in a single-payer universal healthcare system, like Medicare for All, instead.

According to the study released in the Lancet, one of the most prestigious and well-respected peer-reviewed medical journals in the world, Medicare for All would reduce US healthcare expenditures by $4.5 trillion in ten years.

For every one of the 500,000 lives lost as a result of the post-9/11 war policy (not including the millions of new refugees facing loss of life, globally), an equal number of people have been killed due to lack of access to affordable, quality healthcare. To be clear, the number of people killed by inaccessible for-profit US healthcare is how many lives would have been lost in the US if a 9/11 attack had been waged on US soil 167 more times, or the equivalent of one such attack almost every month since September 11, 2001.

Meanwhile, the corporate giveaway, an annual $667 billion War on American Taxpayers totaling nearly $7 trillion to-date, could have been spent instead on saving 500,000 lives in the United States with Medicare for All and costing the United States 13% less on healthcare costs. that would have saved half a million American lives. Share the new study on Medicare for All savings (of trillions of dollars and millions of lives), sign-up for our new series, 20 Years of Post-9/11 Poison Profiteering, and join National Intervention in supporting recovery from the addiction to wealth & power at any cost.